In the last time I have seen many SharePoint Farms (2013 and 2016) on which the distributed cache was not in a healthy state or not available at all.

Before you start with any configuration make yourself familiar with distributed cache:

The distributed cache is one of the service applications you should not configure via the central administration. So, start your PowerShell as administrator! 😉

I will update this post regular, as there is always something “new”.

Get (all) Distributed Cache Service instances

To get the service instance on a specific server (In this case: the current one). Run this command.

Get a overview of all Cache Hosts

On a server with a Distributed Cache Service Instance run the following command:

If there are any servers with a status other than ‘UP’ you should start there with your investigation.

Get the Cache Cluster Health

On a server with a Distributed Cache Service Instance run the following command:

This will get you a good overview of your Named Caches. In a healthy environment there should not be any Named Cache with a category value other than 0 for these categories:

Stop the Distributed Cache on a Cluster Server

Note: Please do not try to change the service account of the distributed cache in the windows services. This will not end good.

To change the service account run the following script:

To complete this change restart the distributed cache on any cache cluster server:

This site uses Akismet to reduce spam. Learn how your comment data is processed. 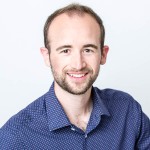