Today I tried to install and configure my SharePoint Server 2016 Farm to use the SQL Server 2016 remote BLOB storage (RBS).

I started with the following environment. All servers are virtualized on hyper-v and are running Windows 2012 R2 as operating system.

The RBS setup for SharePoint Server consists of several parts. See my installation guide here. Which goes into the details for configuring the SQL Server 2016 and reflects the latest Update 4 (see below).

Sadly I ran into the following issue during the installation on my SharePoint 2016 Web Front-End:

I created a new issue.

After a recent chat with a Microsoft Software Engineer we were able to enclose the error. The error only happens on systems that don’t have SQL 2016 installed.

The SharePoint Product Group confirmed, that SharePoint 2016 is not yet tested and certified with SQL 2016 RBS. There will be further work to get SQL 2016 RBS certified. SQL 2014 SP 2 RBS is currently the supported version -Currently refer to these two articles:
https://technet.microsoft.com/en-us/library/ff628583(v=office.16).aspx
https://technet.microsoft.com/en-us/library/ee748649(v=office.16).aspx

There will be an further article about SharePoint 2016 and SQL 2016 RBS.

Today Microsoft published a new blog article focusing on the missing DLL issue. The SQL 2016 RBS installer needs the Microsoft ODBC Driver 13 for SQL Server. You can download it here.

This site uses Akismet to reduce spam. Learn how your comment data is processed. 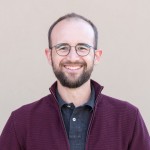